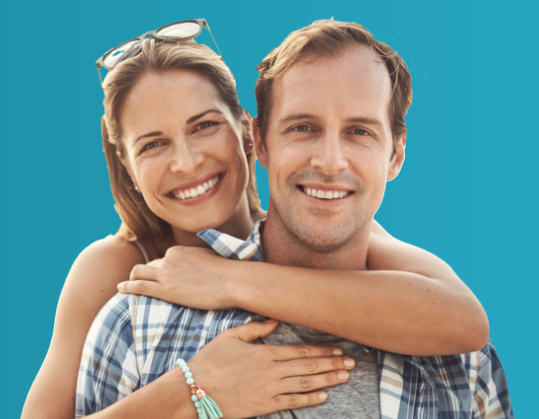 At Transgender Date we focus on trying to find long term relationships for trans people and those that are attracted to them. There are plenty of sites out there for those of you looking for a fling that just involves sex. Honestly if you are looking for that you shouldn’t be on a transgender dating site. You should go the professional route or to a trans webcams site. For those of you that are generally interested in meeting that someone special this list is for you. Last year we had another list 11 Tips For Dating A Transgender Woman but this list is even more valuable. It was written by one of our wonderful members Grimfusion so ladies if you are single and looking for a good guy join and look him up.

There are some basic vernacular updates that should be contemplated. Terms like ‘Shemale’, ‘Tranny’, ‘He-she’, and ‘ladyboy’ are generally considered to be very derogatory and insulting. While some trans people may accept them as terms of endearment or even think they’re slightly comical in established friendships, that should be qualified first. Terms like ‘top, bottom, and verse’ have been adopted from the LGB portions of the LGBT community to signify sexual preferences. Terms such as ‘passable’ or ‘stealth’ mean a trans person can blend in with crowds without raising curiosity or suspicion that they aren’t cisgendered. A term that doesn’t get used much anymore; a ‘chaser’ is usually a guy that intently tries hooking up with as many transwomen as possible with little or nothing to offer return and no intention of sticking around.

Everybody has some kind of insecurity, and a lot of men in this scene battle a few common concerns. There’s often worry that if family, friends, or co-workers find out, dating transwomen can be detrimental. Guys that are brand new may question their sexuality or feel that their attractions are taboo and insist on keeping them on the down-low. The easiest way to improve your chances in finding a working relationship is to work on yourself and tackle the mental hang-ups first. Try to understand that transwomen deal with similar concepts, but with a much higher possibility of life-altering risk involved. Working on insecurities can take a week, or it can take years, but stick with it. The skills to overcome unfounded personal concerns can benefit all types of relationships, not solely connections with transwomen, but it helps those too.

If transwomen want sex, most of them can get it pretty easily. While investigating new opportunities, it can seem beneficial to get the sexual compatibility questions out of the way first in an effort to save time, but that tactic can burn a lot of bridges too. I can’t necessarily define what qualifies as the proper time; likely when mutual connection can be assumed or when actual sex becomes an option, but probably not within the first three replies. Bringing up sex too early can lump a guy in with the thousands of easily ignorable men only looking for hookups, even if that’s not the aim. If the intent is sexual curiosity or experimentation, there’s no shame in that, but being honest and up-front about it is far more likely to work in a guy’s favor than pretending to be interested in a relationship to get laid. There’s also no shame in donating to an escort a few times to get the new sex experience out-of-system before trying to bark up the wrong tree. These are real women with actual emotions we’re talking about here, not just a crossed-out line on a bucket-list.

Despite the fantasy portrayed in porn, transwomen aren’t down for anything. Most of them have defined comfort boundaries and aren’t attracted to guys who can’t respect them. That’s just as true while dating as it is a year into an established relationship. Experimentation needs to be consensual, and getting involved with people who obviously aren’t sexually compatible guarantees failure. Dudes that enjoy verse or bottoming need to understand they represent 50-70% of the men around here, and top or verse transwomen only account for about 12-15% of trans ladies, so the numbers very dramatically aren’t in a guy’s favor in that regard.

Netflix and chill is fine once in a while, but too much of that can seem suspect. Transwomen need to know their dudes aren’t embarrassed to be seen with them out in public. Men should still open doors, pay the check, and do that weird thing where we toss our coats into puddles of water on the ground so women can tap dance on them. While out-and-about, men may have a few not-so-positive social interactions with strangers, but before flying off the handle in an attempt to defend a lady’s honor, check her reaction first. It’s not always a good idea to further escalate a problem to the point of publicly embarrassing your date even if her honor has been besmirched.

6. Recognize her Journey, but Don’t be Annoying About it

Transwomen are women and don’t enjoy being treated otherwise, so it’s a good idea for men to qualify comfort boundaries before asking questions about pre-transition. Besides, years into transitioning, a lot of ladies begin to account for their previous lives as if they were outwardly female the entire time. Try to consider that asking questions about pre-transition can dredge up some pretty bad memories and experiences. All that said, it’s still important to respect and recognize the effort they’ve invested in feeling comfortable with their self-image and any social turmoil they’ve experienced as an effect. Often times, that can be achieved by reminding ladies that they’re wanted or desired a bit more often than their cisgendered counterparts. Sometimes it means being a little more patient or forgiving than what might be considered normal.

I’m not condoning it, but I’d suspect most men would be shocked going through a transwoman’s text inbox or PMs on social media accounts. Many ladies are consistently hit up for sex; generally far more often than ciswomen. About half of the men sending them messages don’t bother with reading profiles or considering compatibility, and they don’t care if women have boyfriends. That creates a fairly annoying online dating scene for most transwomen seeking genuine relationships. Unfortunately, that means many ladies develop defense mechanisms meant to filter out time wasters and chasers – and they aren’t always accurate or beneficial. It’s also easy for a PM from a respectable guy to get lost among 15 other PMs asking for pics and skype usernames. Most private messages guys send out get ignored. It’s common for replies to stop mid-conversation as ladies consider other options, and it ain’t uncommon to be kindly rejected or catch attitude from women on TGD. It’s important to grow a thick skin and not be affected by any of that. There’s no point in trying to get folks to reconsider their judgements even if they’re incorrect. Getting around a ‘no’ is usually a big waste of time.

Trans attracted men have a few relatively common motives. Sex and sexual experimentation are likely the largest factors, but there are a few other motives worth considering. Some men have a bad run of previous relationships with ciswomen and figure the grass is greener on this side of the fence. Others date transwomen assuming they’re desperate or broken, therefore more dependent and less likely to leave. Still others date transwomen in an attempt to live vicariously because they’ve considered transitioning but can’t circumvent their own insecurities. Knowing who your competition is, how they generally behave, and how to focus on your unique traits to stand out of the crowd can all be incredibly beneficial.

If you’re new around here, this is important. It’s completely not necessary to qualify to friends, family, or strangers that they’re about to meet your transgendered girlfriend, even if you think that might keep them from reacting badly. If they’re going to be bungholes about it, they’ll do that eventually anyway. It’s embarrassing, and often times leads to some incredibly contrived, forced, and awkward conversations. In the worst of situations, exposing or pre-qualifying her status can lead to harassment or violence and at best, allows people to reserve their opinions and act disingenuously.

Men don’t often make best friends with ciswomen – so acting buddy-buddy with transwomen doesn’t make a ton of sense either. The hobbies and interests ladies may have had while play-acting as men pre-transition don’t necessarily follow-through, and transwomen can’t be expected to understand men any better than ciswomen generally do. There are some folks who do appreciate a platonic friendship ‘blossoming’ into a relationship months later, but that’s not what online dating is about. Dwelling too much on small talk or the ‘getting to know you’ phase can give women the impression a guy isn’t serious or interested, even if the only intention is to remain respectful. I know I previously brought up that sex shouldn’t be mentioned too early, but not mentioning it at all can be detrimental as well.

I’ve heard from a few ladies that have expressed that guys fairly commonly try to control the way they dress or look. I’d wager that might have something to do with avoiding stressful public appearances, but whatever the motive, it’s wrong. Ladies that haven’t undergone extensive electrolysis can generally only get out a few times a month without feeling insecure about themselves, and adding undue stress to the situation isn’t helpful. Transwomen are often already critical of the way they look, and making them feel more self-conscious is ridiculous because people out in public are going to make shitty comments anyway.

For guys that are new to this scene, going directly to the source with questions isn’t always a good idea. Transwomen aren’t obligated to help educate men, correct their ignorance, or remain patient while men struggle through new concepts and insecurities. Connecting with women before asking questions can work, but that’s not sure-fire. Google is a pretty decent resource for common questions, though. I’d at least suggest looking up the definitions of sex, gender, and orientation because it’s way easy to lodge foot-in-mouth unintentionally by mixing the three up. If you can’t avoid asking 50+ questions, at least do that with ladies you’ve already built a rapport with, not strangers.

Most women like compliments as long as they’re genuinely expressed; That’s especially true for transwomen. In my opinion, the two most important traits to hone while dating trans ladies are patience and validation. Most women want to know that they’re appreciated and that the struggles they’ve encountered while transitioning are eventually leading somewhere worthwhile. Men should be more validating with transwomen than with ciswomen. Regardless of how often it’s stated that dating transwomen is exactly the same as dating ciswomen, it isn’t. There are subtle differences that need to be considered.

14. You May not be Concerned, but she is; Respect that.

As dates become relationships, guys will often notice confusing and self-deprecating comments some ladies make. While a dude may think his girlfriend is as cute as a god damn button, no amount of insistence is going to change the way she feels about herself in the immediate. Insisting ‘That doesn’t matter to me; I think you’re gorgeous!’ won’t achieve much because it’s not the dude’s opinion that matters, and men can’t expect ladies to instantly get over their insecurities just because they don’t mean anything personally. Sometimes it’s best to comfort instead of dissuade.

Now that you have read this you are much more likely to find a meaningful relationship. If you are ready to meet someone become a member of Transgender Date and start your search now.